The third day of the Global Soil Week 2019 featured a plenary session in which representatives of various African governments made presentations. Each highlighted the efforts they were making towards achieving sustainable and climate resilient agriculture in their respective territories.

The delegate from Ethiopia, represented by H.E Etefa Diba Areri, a Member of Parliament who sits in the Agricultural Affairs Standing Committee. One of the things he highlighted was the creation of the Ethiopian Soil Information Service (EthioSIS). While still in development, this information portal is a powerful tool in facilitating sustainable land management. Read more here.

It is a database which when completed, will contain information about all kinds of soils found within Ethiopia. These include both the chemical and biophysical properties. The ambitious project was started in 2012 via the Ethiopian Agricultural Transformation Agency (ATA) in partnership with the continent-wide Africa Information Service (AfSIS).

EthioSIS is currently being spearheaded by the recently established Ethiopia Soil and Research Institute (ESRI). The database is a first of its kind on the continent due to the magnitude of data it seeks to collect and disseminate. Its development and establishment of supportive agencies such as ESRI illustrate how vital soils are in the development agenda of the East African country whose economy heavily relies on agriculture.

The end goal of the EthioSIS team is to develop one of the most advanced national soil maps in the world. To achieve this, there are various approaches which are being taken to ensure that detailed information relating to Ethiopian soils are gathered and catalogued. This is done through a combination of field surveys, spectral data collection and laboratory analyses and different experts working for EthioSIS to gather an extensive array of soil data. In line with the advice from the Nairobi-based World Agroforestry Center, the EthioSIS team established soil laboratories across the country.

Furthermore, it developed procedures for soil sampling, analyzing, and cataloging more than 100,000 samples from nearly 100 sentinel sites across the country.

The type of Data is EthioSIS hosting?

There are several data points that can be used to describe the nature and health of soils. These include physical attributes like texture and color, as well as geotechnical ones such as permeability and specific gravity. In the same vein, there are chemical ones, on top of biotic factors.  All of these attributes have an influence on soil fertility and are useful for data-driven decision-making that would create an enabling environment for sustainable and climate-resilient agriculture in Africa.

Given the above, EthioSiS is meant to host a rich dataset cutting across soil parameters. This will result in the publication of up to 22 different maps for every region in the country, with each one providing information about particular parameters.

EthioSIS as a decision making tool

EthioSiS is meant to host a rich dataset and each database holds information on multiple soil parameters which are used to generate 22 different maps. These contain the chemical and biophysical information about each region, enabling farmers and other decision makers to fully understand the nature of their soils. EthioSIS since inception has produced soil fertility maps coupled with fertilizer recommendations for various regions in the country. This allows those in the ground to treat each region individually, rather than the previously commonplace blanket approach when it comes to things such as application of fertilizer. In this way, the database helps to protect soils through provision of the information needed for SLM.

How is EthioSIS creating an enabling environment?

During the 2018 CGIAR Big Data in Agriculture Convention, one of the main challenges that was identified with regard to agricultural big data is organizing it. The volume, variability, multiplicity and complexity of soil big data limits the ability of farmers, extension officers, and policy makers to readily use it.

Hence, organizing it would facilitate better decision making for sustainable land management. This is what the database is meant to achieve. It adheres to FAIR Open Data Principles, which makes the information: Findable, Accessible, Interoperable, and Re-usable (FAIR). In this way, it creates an enabling environment by providing farmers, policy makers and other stakeholders with what they need to make an inform and data-driven decisions.

The 2019 Global Soil Week event has an actionable theme of ‘Creating an Enabling Environment for Sustainable and Climate Resilient Agriculture in Africa’.

In achieving the theme for the conference, it was said that Sustainable Land Management (SLM) cannot be achieved without government support and aside from policy formulation, governments also run institutions that can be used to push the SLM agenda.

It was obvious that three of the four dimensions of the Global Soil Week directly depend on government interventions:land governance, extension and advisory services as well as local governance.

The opening plenary on Day 3 of the conference included delegations from several African countries where each of the delegates gave insights on the government interventions for sustainable land management in their respective nations.

The Benin delegation led by H.E. Jeanne Josette Acacha Akoha, the Cabinet Director at the Ministry of Environment and Sustainable Development. In her speech, she illustrated how land degradation was negatively affecting the country’s economy and destroying ecosystems. To counter the issue, government created several measures such as adoption of an action plan for sustainable land management; accreditation of a national fund for the environment; establishment of two research centres for resilient agriculture; and strengthening the role of the private sector and NGOs for sustainable land management. She also reiterated the government’s commitment to embracing new ideas and partnerships that give life to soils.

The Sahel nation was represented by H.E Dr. Zacharie Segda from the Ministry of Agriculture & Hydro Agricultural Management. He started with the fact that establishing equitable land tenure for female farmers was one of the most important enabling environments for SLM and hence the government developed bottom-up legislation to achieve it.

He further explained that the government of Burkina Faso is launching a land degradation neutrality process to counter desertification. He mentioned that some positive results have been achieved including organisation of relevant stakeholders, and review of legislation.

He assured that going forward, the government intend to scale up these efforts to achieve sustainable land management. Dr. Segda concluded by saying that these efforts would not only protect soils, but also increase agricultural production.

Located in the Indian Ocean, Madagascar has one of the most unique arrays of biodiversity on the continent and protecting it via sustainable agriculture is a key priority for the government. The country delegation was represented by H.E Ms. Ony Malalaniaina Rabearivololona, the Director General of Sustainable Development in the Ministry of Environment.

She stated that on top of adhering to the UN declaration on climate change, the government had adopted research on sustainable solutions and developed 14 priority projects on resilient agriculture with the objective of rehabilitating soils while boosting production. Conclusively, she underscored government commitment to SLM irrespective of others economic challenges. 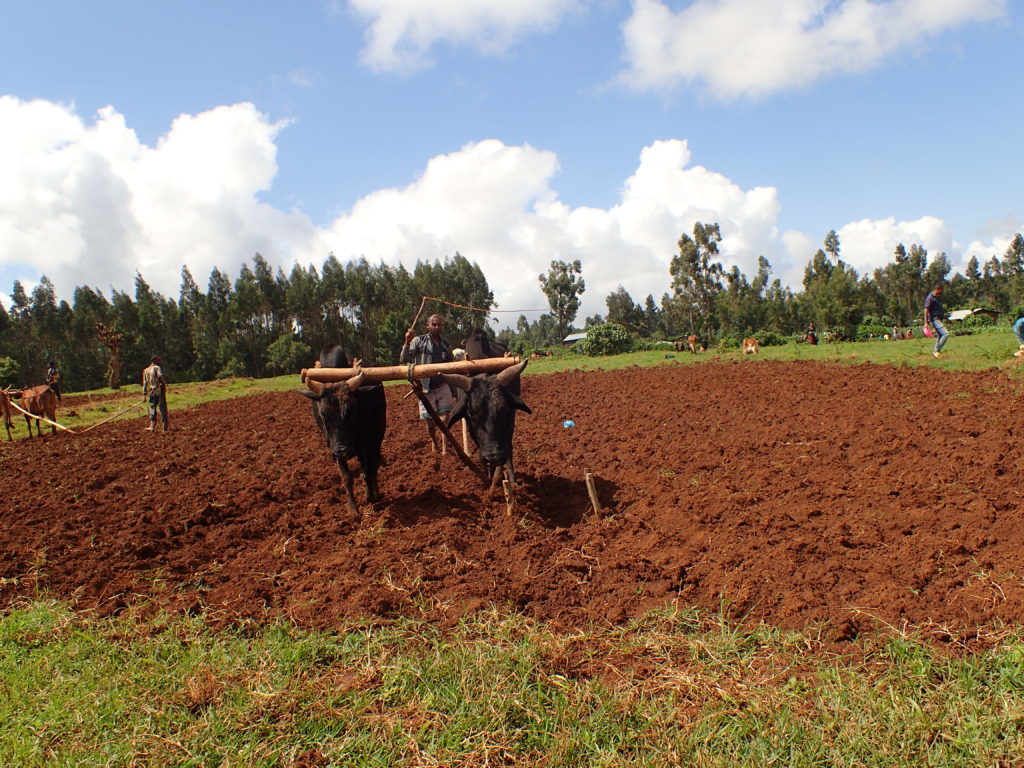 Addis Ababa was represented by H.E Etefa Diba Areri, a Member of Parliament who sits in the Agricultural Affairs Standing Committee. From his presentation, it was clear that the country heavily depends on agriculture as it employs more than 80% of the population and contributes to 42% of the GDP.

Despite the potentials of agriculture in the country, 80% of their lands are degraded due to poor land management and unsupportive agricultural policies. Some of the government efforts include formulation of policies, development of a green economy strategy, and establishment of the Ethiopia Soils Information Service for monitoring soil health and fertility. H.E Etefa Diba Areri said the government is also promoting agroforestry alongside construction of soil and water conservation structures to protect and rehabilitate soils.

Lucy Njenga spoke on behalf of the GSW2019 host country’s Minister of Agriculture, Kenya, highlighting some of the progress the country was making towards SLM. She poised that the government had put in place the national soil management policy which is designed to protect the environment.

She expressed that the policy is meant to facilitate adaptation to climate change and, working with partners such as the German government to facilitate sustainable increase in agricultural output and incomes.

The ministry was also initiating several projects including the Kenya Climate Smart Project Strategy which will impact more than 360,000 rural farmers. With such efforts, the government intends to empower its people in undertaking SLM to protect soils and improve livelihoods of Kenyan farmers.

article français Benin Burkina Faso ecosystem restoration Ethiopia extension services gender Ghana GSW2019 Kenya land tenure Madagascar Malawi Nigeria partners sustainable land management sustainable land use
We use cookies to ensure that we give you the best experience on our website. If you continue to use this site we will assume that you are happy with it.Ok